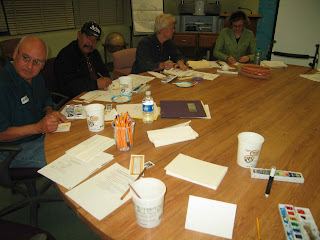 An important aspect of this mural project is finding out as much as we can about our neighborhoods through community dialogues and workshops. Recently we met again with the Julia Keen Neighborhood Association, this time to create watercolors together.

This was an opportunity for neighbors to try their hand at watercolor painting and find out a little bit more about the elements of art, techniques and mural terminology. It was a wonderful workshop with some very detailed paintings. Neighbors went on to vote in support of efforts to paint new murals in 2011. 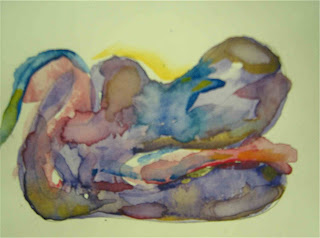 On Nov 2nd we met with the residents of the Myers Neighborhood to gather ideas for the mural and find out a little more about the neighborhood history. Like much of Tucson this is a relatively new area with most of the houses built within the last 60 years.

Here is some of the time-line we are developing: 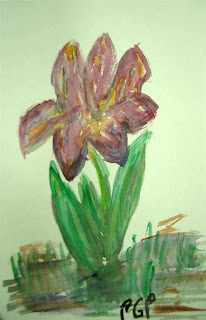 1950’s (late ) First planned developments drew people to the area. Air Force Base housing was also in the area.

1968-70 Air Base exchanges land with the city. Air Force moves to south of Golf Links. The edge of the Air base had been the back of Freedom Park.

In the past there had been many trick-or-treaters from the neighborhood. As the population has aged there are less kids, and trick-or-treaters seem to come in from outside the area. We used to have to put chicken wire up to keep the jack rabbits out. 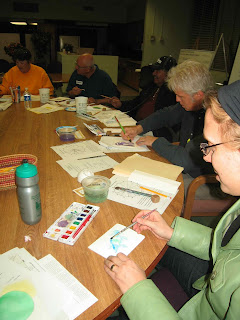 The name “Freedom Park” was voted on by neighborhood children.

Freedom Center Senior Lunch Group is a great place to meet elders and long time residents from the area.

Many of the residents described the changes they have seen. They still love this place and feel like it’s home.

We used to have more sports like bad-mitten, we would do cook outs. There was a drive in called El Molintos. Also at 29th and Swan there was a housing complex for people with disabilities. It is now a medical center.

Arts Based Solutions to Community Needs

Thank You to Our Supporters! 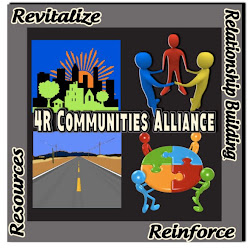 What is your favorite memory, how did you arrive here, what has changed, what has stayed the same?

We want to hear YOUR story.

Writings can be as short or as long as you like and can include images, artwork, news clippings and memorabilia.

These stories will become resource materials for our mural design, and documented on this blog for future generations.